His family looted exquisite paintings from a Polish museum. Today will see a key moment in the country’s long effort to regain its lost treasure 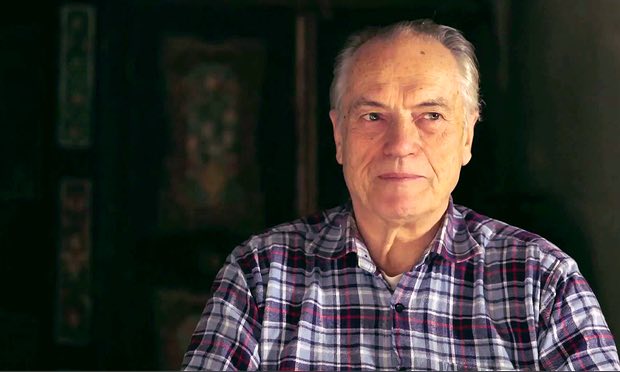 Horst Waechter: ‘I do not return the objects for me, but for the sake of my mother.

In December 1939 a Viennese woman with chestnut brown hair walked triumphantly into the National Museum in Kraków.

Charlotte Waechter’s husband was the recently appointed Nazi governor of Kraków: SS Gruppenführer Otto Waechter; she was decorating the new headquarters that he had established at the city’s Potocki Palace – and in the process, she looted every department of the museum. 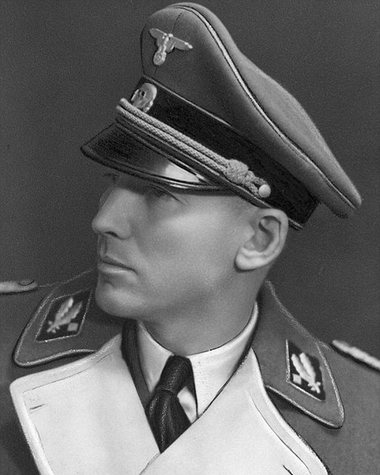 Otto Waechter, the Nazi governor of Kraków and afterwards Galicia (the region that overlaps parts of Poland and Ukraine).

According to a Polish government assessment from 1946, Frau Waechter took “the most exquisite paintings and the most beautiful items of antique furniture, militaria, etc, despite the fact that the director of the museum had warned her against taking masterpieces for this purpose”.

An estimated half a million art objects were plundered from Poland by the occupying Nazi and Soviet forces during the second world war.

Poland’s ministry of culture still keeps a vigilant watch for any that may turn up on the international art circuit. Unable to force their current holders to return them, Poland often finds itself having to buy the works at auction – sometimes from the descendants of those who stole them.

But Sunday will see a key moment in Poland’s decades-long effort to regain its looted treasure, one that hopefully will set an example for other descendants of Nazi art thieves.

Horst Waechter, the fourth of the SS general’s six children, has spent years trying to return a painting taken by his parents from the Potocki Palace. On Sunday, he will attend a ceremony in Kraków at which three stolen works will be returned to the Polish government.

“This is probably the first time that the member of a family of one of the most important Nazi occupiers is giving back art that was stolen from Poland during the war,” said Ryszard Czarnecki, a vice-president of the European parliament and a member of the Polish Law and Justice party.

Waechter, 78, will return three works that his mother stole: a painting of the Potocki Palace, a map of 18th-century Poland, and an engraving of Kraków during the Renaissance.

The small painting by countess Julia Potocka (1818-1895) depicts Artur Potocki bidding farewell from the balcony of the Potocki Palace to relatives who are departing in horse-drawn carriages burdened with heavy luggage.

“My mother liked it very much,” said Waechter. “The painting always hung in the rooms she inhabited. She took the painting out of the Potocki Palace – which was my father’s office – to Austria where she furnished the house we were living in during the war.”

An attempt some years ago to return the painting to the Potocki family – the prominent Polish noble family whose Kraków residence Otto Waechter usurped during the war – did not go well.

The Potockis “did not want to have anything to do with me as the son of a Nazi”, said Waechter in an email from Schloss Haggenberg, the 17th-century castle where he resides in Austria.

About 68,000 Jews were expelled from Kraków in 1940 on the orders of Waechter, who the next year created the Kraków ghetto for the 15,000 Jews who remained. Killings under his orders continued when Hitler transferred him to become governor of Galicia in the Ukraine in 1942.

The delicate task of negotiating the return of the painting was finally taken on by Magdalena Ogórek, a Polish politician and historian who had conducted a series of interviews with Horst Waechter for a book she is writing about his father.

Ogórek had spotted the 17th-century map of Kraków in a photograph accompanying an article about Waechter in the Financial Times. When she asked Waechter about it, he admitted that his mother had stolen it, along with the other works. 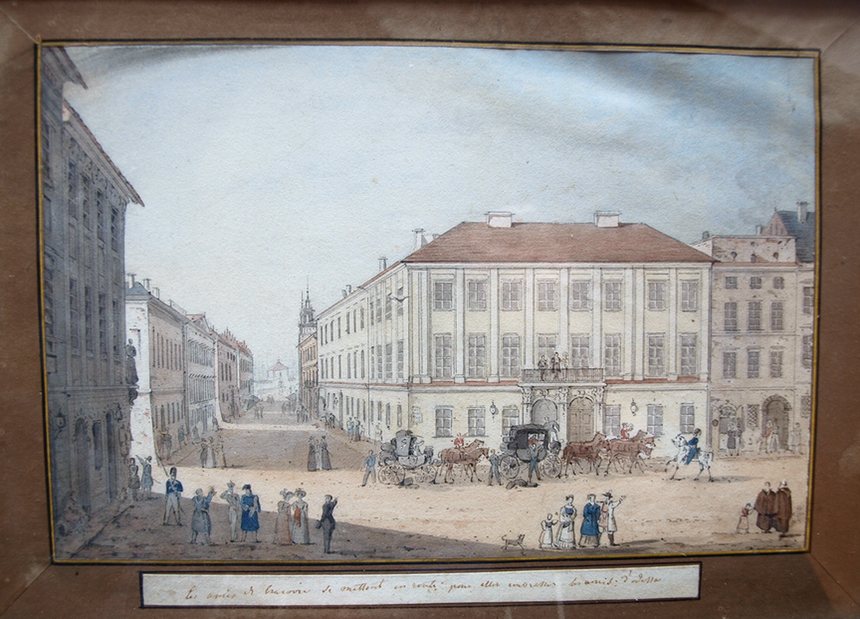 Painting of the Potocki Palace in Kraków by the 19th-century Polish countess Julia Potocka.

The hard part turned out to be convincing officials in Poland to negotiate with the son of such a notorious Nazi criminal. “Polish officials are reluctant to have contact with the children of Nazis, but I convinced them that our obligation was to do everything we could to return this painting to the city of Kraków.”

Waechter says he is returning the art works to honour the memory of his mother, who died in 1985. “I am not especially proud of my deeds,” he said. “I do not return the objects for me, but for the sake of my mother.”

In a 2015 documentary My Nazi legacy, Waechter admitted to the British lawyer and author Philippe Sands that his mother was “proud” to be a Nazi. “She was convinced that my father was right and did the right things. She never spoke one word bad about him.”

Waechter and Ogórek will attend the handover ceremony in Kraków on Sunday.

Despite his clear-eyed approach to the looted artworks, Waechter maintains that his father was an unwilling cog in the Nazi killing machine, a position that has won him many critics.

“My father became doomed and murdered for something he never planned and executed himself,” Waechter said.

Otto Waechter died under mysterious circumstances in Rome in 1949 while waiting to escape to Argentina, where many other Nazis had already found safe refuge. He was administered the last rites by Austrian bishop Alois Hudal, one of the main churchmen involved in rescuing Nazis from Allied justice.

Ogórek believes Waechter may have been murdered in Rome. “I have discovered a Hudal document in the Vatican secret archives that shows he could have been poisoned,” says Ogórek.

Another question is how many other works of looted art might still be in the hands of families of other Nazi officers.

“I hope that the return of this painting will encourage other families in possession of looted art to return them instead of trying to sell them at auction,” said Czarnecki.

As the son of a Nazi war criminal, it is perhaps unsurprising that Horst Waechter has a dim view of humanity, one which he says is confirmed by the rise of populist and racist movements across Europe and the US.

“In difficult times there have always been leaders who convince their followers that the others – all those different from them in culture, language or faith – were responsible for their troubles and that their community has to get rid of them. The Nazi period is definitely doomed to repeat itself.”