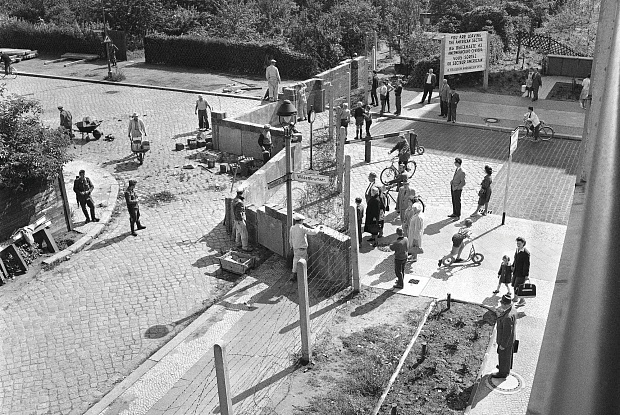 Germany has dealt with the long shadow of Nazi-era looting for many years. Now the government is setting aside funding to investigate another dark chapter of the past: the expropriation of works of art by the Stasi, the East German secret police, during the Cold War. The research could open the door to new restitution claims from the families of victims.

At the end of 1961, just a few months after the Berlin Wall had been built, the East German minister for state security, Erich Mielke, gave orders for a secret operation to force open abandoned, privately rented bank vaults, safety deposit boxes and safes at around 4,000 locations across the country and empty them of their contents.

The operation, known as Aktion Licht (Operation Light), ran from 6 to 9 January 1962. It was a state-sanctioned mass theft of assets from those who had left the country. The seized treasures belonged to East Germans who had escaped to the West, but also to Jews forced to flee or deported to concentration camps during the Third Reich.

“This whole operation was conducted over the weekend, to be as clandestine as possible,” says Uwe Hartmann, the head of the provenance research department at the German Lost Art Foundation in Magdeburg. The foundation was set up by the German government in 2015 to research Nazi looting and provide a point of contact for families of victims. “We still don’t know very much about it,” he says.

That is about to change. The German government plans to allocate funding, through the Lost Art Foundation, to research art theft that took place under the Soviet occupation and the East German communist regime. The first step will be to investigate Aktion Licht and compile a list of sources, such as Stasi archives, that may contain more information about the seizures.

The Lost Art Foundation is adamant that this research will not detract from its main activity, which is to fund research to trace Nazi-looted art and books in public museums and libraries. It does, though, raise the prospect of more restitution claims from owners whose property was expropriated by the East German regime.

Starting in 1945, East German art owners fell victim to an array of inventive methods of expropriation. At the end of the war, the Red Army’s trophy brigades emptied not just German museums but also privately owned stately homes and palaces in their drive to secure reparations for the devastation the German army had wrought in the Soviet Union. Millions of items, including paintings, antiques and sculptures, were seized and transported to the Soviet Union.

In September 1945, in conjunction with a so-called land reform in East Germany that expropriated privately owned land, what had not already been looted was seized in an operation known as Schlossbergung, or “palace salvage”. In the state of Saxony, the stolen objects were sold at the Albertinum in Dresden. Among the buyers were dealers who had been active in the Third Reich, as well as East German museums desperate to replenish their plundered collections.

After 1970, the preferred method of theft by the East German authorities was to fabricate astronomical tax bills and then seize works of art in lieu when the victims could not pay. As with Aktion Licht, the aim of the policy was to raise much-needed hard currency for the regime. Items confiscated were then either acquired by East German museums—which had to compete for them—or, more commonly, sent to the notorious Mühlenbeck warehouse for sale to the West.

The organisation charged with selling these items abroad was the shadowy Kommerzielle Koordinierung, or KoKo. As private collections declined in number, KoKo applied increasing pressure to make museums give up items that could generate precious foreign currency. Many of the works relinquished by museums had been privately owned and were then snapped up by the institutions in the Schlossbergung sales.

The files from the Mühlenbeck operation, listing objects that were acquired and sold, did not become available to the Federal Archive in Berlin until 2015. These, too, will need to be studied.

“It is important to remember that this is a Germany-wide problem,” says Uwe Schneede, an honorary executive board member of the German Lost Art Foundation. Objects seized in the east “were largely sold by the East German state apparatus for hard currency in the West, and they are still there today”.