It Turns Out Cornelius Gurlitt’s Sister Hid Nazi-Looted Art, Too, as Four Drawings Are Returned to Jewish Heirs

The works will be included in an upcoming exhibition of the Gurlitt hoard at the Martin-Gropius-Bau in Berlin. 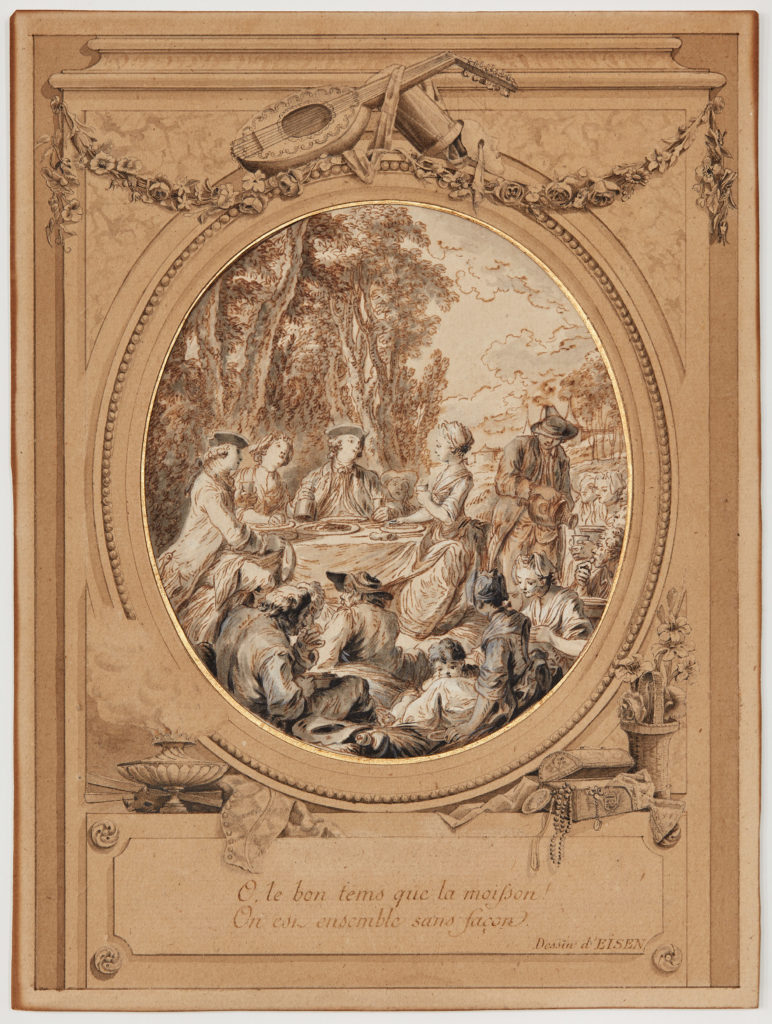 Charles-Dominique-Joseph Eisen, Preparatory sketch with a drawn frame for an illustration of the Comedy Les Moissonneurs, (1768). Private collection, South Germany

The Gurlitt family drama deepens: German authorities have confirmed that Cornelius Gurlitt’s sister Renate also inherited Nazi looted art from her father, the art dealer Hildebrand Gurlitt. The discovery came to light after an unnamed collector voluntarily offered up four works that Renate had owned for review by the German Lost Art Foundation.

The collector discovered their true provenance after seeing the works recorded in the foundation’s Lost Art Database and has decided to restitute the works to the heirs of the former Jewish owners, an action that has been praised by Germany’s culture minister.

Through the Gurlitt Provenance Research Project, the German Lost Art Foundation traced the original owners of the four works of art that passed through Renate Gurlitt’s hands. The two drawings by Charles-Dominique-Joseph Eisen, Portrait of a lady in profile by Augustin de Saint-Aubin, and a self-portrait by Anne Vallayer-Coster were all hanging in the home of the Jewish Deutsch de la Meurthe family in Paris when it was requisitioned during the Nazi occupation.

Auction records show the drawings were bought in 1898 and 1899 by Henri Deutsch de la Meurthe, a French industrialist and early promoter of aviation. The only family member who survived the Holocaust was his youngest daughter, Georgette (an elder sister, Betty, was deported and murdered at Auschwitz). The family reported the drawings missing after the war, and the named works were later found in the inventory of Renate Gurlitt alongside 14 other works.

The German culture minister Monika Grütters has praised the current owner’s commitment to the Washington Principles in a statement released by the foundation. “It is an important step towards coming to terms with the Nazi art theft that private individuals also accept their responsibility and have their holdings examined,” she said. 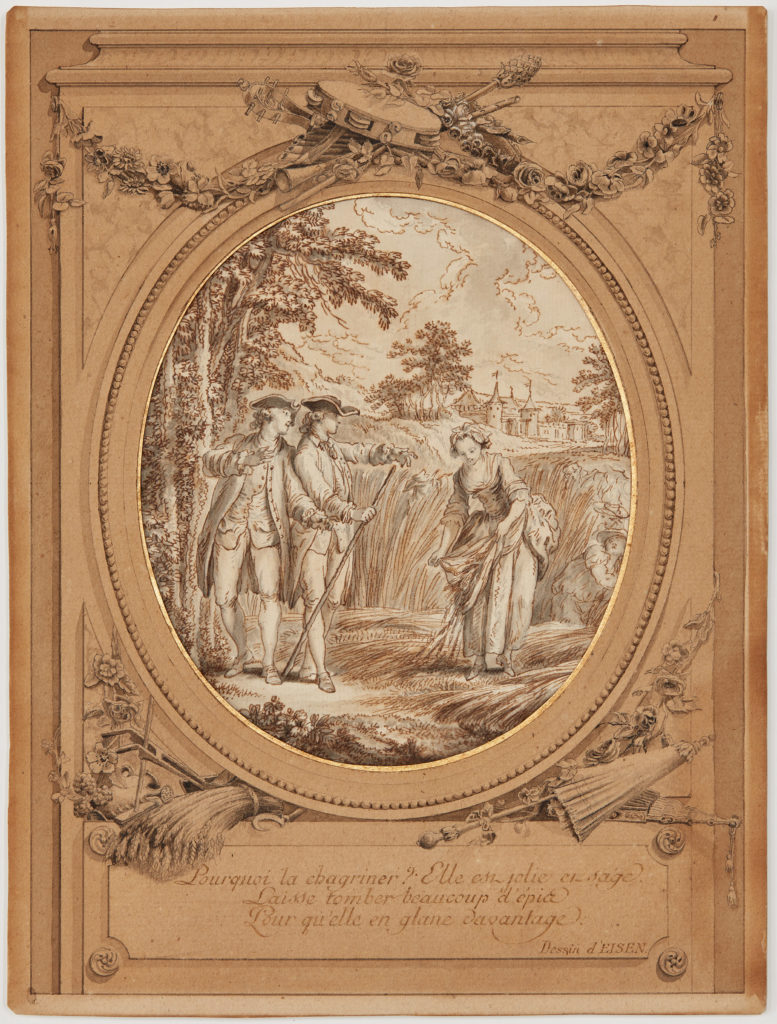 Charles-Dominique-Joseph Eisen, Preparatory sketch with a drawn frame for an illustration of the Comedy Les Moissonneurs, (1768). Private collection, South Germany.

In 2012, the same year that Renate Gurlitt died, authorities uncovered a vast hoard of art kept by her reclusive brother Cornelius, who had inherited the works from their father. Hildebrand Gurlitt was an art dealer for the Nazis who dealt in art taken from Jewish people, as well as confiscated so-called “degenerate art.” On Cornelius’s death in 2014, he bequeathed the hundreds of works he had kept secret in a cluttered apartment in Munich and another house he kept in Salzburg, Austria, to the Kunstmuseum Bern in Switzerland.

The hoard includes work by Paul Cézanne, Eugène Delacroix, and Edvard Munch, among many others. The Bern museum has agreed to make efforts to return the works to their rightful owners in accordance with an agreement Gurlitt made with the German government before his death. In the meantime, the Kunstmuseum Bern is staging an exhibition of over 400 works from the trove alongside a parallel show at the Bundekunsthalle in Bonn, Germany. Both shows will travel to the Martin-Gropis-Bau in Berlin on September 14 in the exhibition “Gurlitt: Status Report.” The museum has confirmed to artnet News that the newly discovered drawings will be included in this show.