Hermann Parzinger, the president of the Prussian Cultural Heritage Foundation, says he hopes the organisation will no longer exist in five years 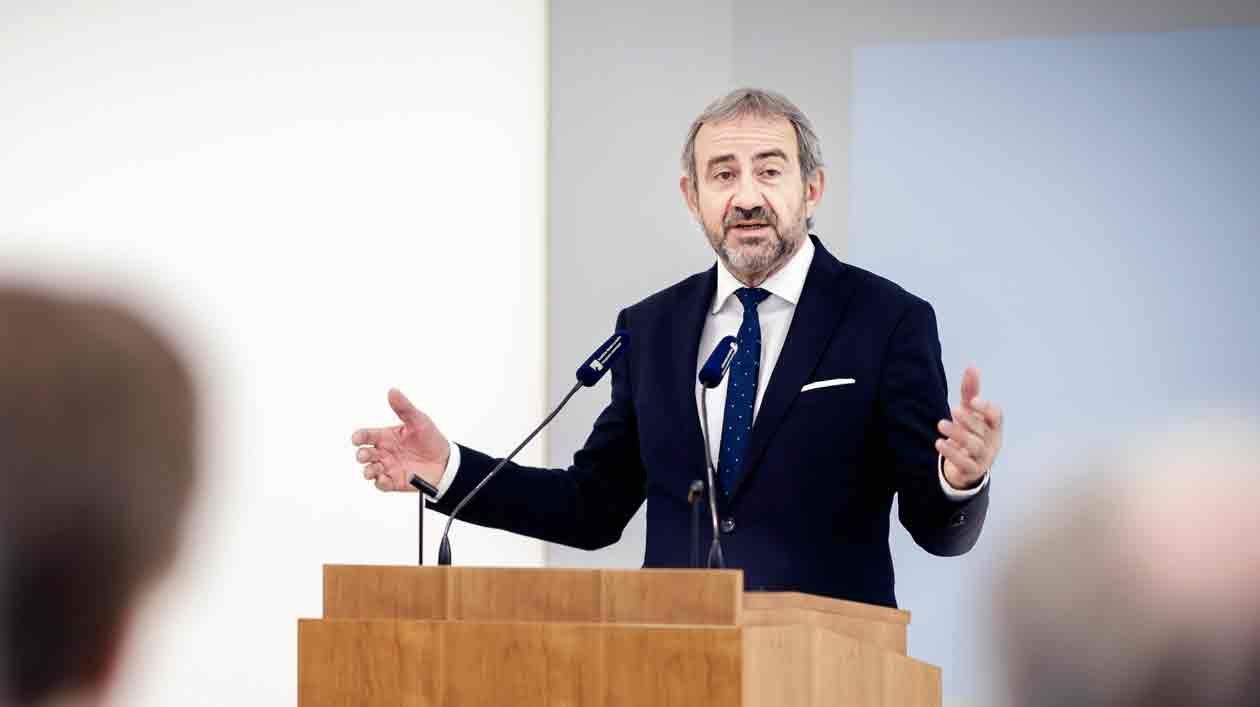 Hermann Parzinger, the president of the Prussian Cultural Heritage Foundation, says the report is “a great opportunity”

German Culture Minister Monika Grütters welcomed what she described as “radical” and “far-reaching” recommendations to restructure Berlin’s museum bureaucracy that include a proposal to dissolve the nation’s biggest arts employer, the Prussian Cultural Heritage Foundation.

A government-commissioned report by a panel of academic advisors published on 13 July found that the foundation, with 2,000 employees, is “structurally overwhelmed” with “a multi-layered hierarchy and unclear decision-making procedures that mask responsibilities and make processes drawn-out and opaque.” The Prussian Cultural Heritage Foundation is the umbrella organisation that oversees 15 Berlin state museums, the Iberian-American Research Institute, the Secret State Archive and the Berlin State Library.

The advisors recommended the establishment of a new foundation to manage the Berlin state museums, which include the Pergamon, the Neue Nationalgalerie and the Gemäldegalerie. They proposed that the Prussian archive, Berlin State Library and Iberian-American Institute should be spun off to function as three separate autonomous entities.

The report also suggested granting individual museums more budget autonomy and called for increased funding for exhibitions, marketing, publicity, education, fund-raising, sponsorship and research. Staffing levels “are barely sufficient for the museums to live up to their responsibilities to the public, let alone to shine internationally,” the report said. It proposed restructuring the institutions’ financing to allow better long-term planning.

Grütters said she plans to assemble a team in her ministry to start drafting necessary legislation and seeking a political consensus for the plans. “This won’t be a sprint, it will be a marathon,” she said at a press conference in Berlin to present the report. “I hope we will encounter more courageous people than those who want to put the brakes on.” She reassured employees at the foundation that their jobs are not endangered. “We will need more qualified staff, not fewer,” she said.

The Prussian Cultural Heritage Foundation was established in 1957, when Berlin was a divided city, to oversee the city’s world-class art collections. Since the fall of the Berlin Wall in 1989, its primary strategic tasks have been to combine the collections of East and West Berlin and completely rebuild the city’s museum landscape, with projects such as the reconstruction of Museum Island and the closure of museums in the southwestern suburb of Dahlem. This renewal is still ongoing: the Pergamon and Neue Nationalgalerie are currently undergoing renovation while construction is beginning on a new museum for 20th-century art.

These enormous tasks—combined with a byzantine organisational structure—have held Berlin’s museums back in an international comparison, the report found. “The institutions of the Prussian Cultural Heritage Foundation risk falling out of step with current developments and debates, particularly on an international level,” the panel warned.

It pointed out that attendance figures at the Berlin museums—a combined 4 million visitors in 2019—are considerably lower than at rival institutions in Paris, London and New York, and said their digital profile, particularly in social media, is much less developed.

Hermann Parzinger, the president of the Prussian Cultural Heritage Foundation, told reporters he hopes the organisation he oversees will no longer exist by the time he retires in five years. The report, he said, is “a great opportunity,” adding that he is convinced that “the key to development lies in more autonomy and responsibility for the individual houses and in flatter hierarchies.”