Chimamanda Adichie, the Nigerian author, has called on European nations in possession of African historic artifacts to return them to their home countries. 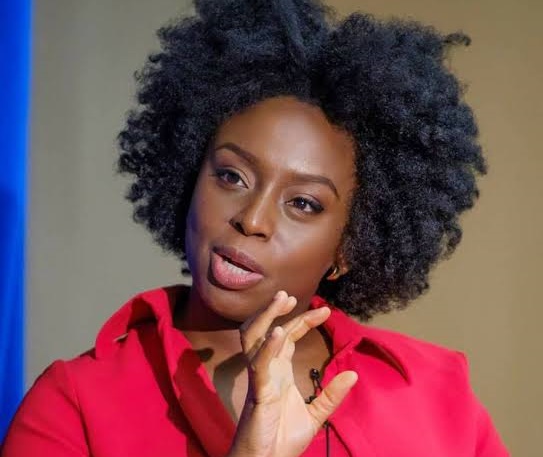 The 44-year-old novelist was speaking on Thursday at the Humboldt Forum in Berlin.

The multiple-award winner said some of the artifacts are sacred and “speak to the dignity of the people, to their world view and to their aspirations.”

According to Chimamanda, it is “condescending” for European countries to say they can’t return the artifacts because they think African nations can’t take care of them.

She said if the European countries truly believe in the position of the rule of law, they would return the carvings and arts that were stolen from Africa.

The author of ‘Half of a Yellow Sun’ also said athough she agrees that not all of the artifacts can be returned, she called on France, Britain and the Vatican to emulate Germany by returning “the ones that are sacred.”

“Art lives in history and history lives in art. Much of what we call African arts are also documents, they tell African stories,” she said.

“Some are literal in their storytelling, other sculptures and carvings are more metaphorical, they speak to the dignity of the people, to their world view and to their aspirations.

“We cannot change the past but we can change our blindness to the past. When we talk about these arts that were stolen, we are told that they cannot be returned to Africa because we cannot take good care of them.

“It is not merely condescending to say ‘I cannot return what I stole from you because you would not take good care of it’. It is also lacking in basic logic, since when has the basis of ownership been taking good care of what is owned.

“This position is paternalistic arrogance of the most stunning sort. It does not matter whether Africans, Asians or Latin America can take care of art stolen from them, what matters is that it is theirs.

“A nation that believes in the rule of law cannot possibly be debating whether to return stolen goods. It just returns them.

“If the dignity of those from whom the art were stolen does not matter, then surely this idea should matter that Europe should be what it claims to be, live up to the ideas to which you define yourself.

“This decision is not only about the Humboldt forum, it is about museums all over the world in France, in the Vatican, in Britain. I must acknowledge that Germany is the first of the powerful European nations that have made the gesture towards returning the Benin bronzes.”

Germany had earlier agreed to return “substantial” numbers of the looted Benin kingdom bronzes to Nigeria.

The looted bronzes were said to have been stolen from Benin city in 1897 and are considered to be among the most important and valuable African works of art.

Some of them were thereafter transferred from London to European museums after they were sold.