At the end of December last year, Swiss painter Miriam Cahn made headlines by announcing that she intended to withdraw her work from Kunsthaus Zürich, Switzerland’s largest art museum. In an open letter to the Swiss-Jewish journal Tacheles, Cahn accused the museum of historical whitewashing, and in an interview with Swiss Radio and Television (SRF) stated: ‘I’ve had enough! I’m a Jew and that’s why I want to withdraw my works from the Kunsthaus.’ The latest chapter in what looks set to grow into Switzerland’s largest museological scandal to date, Cahn’s protest is directed against the Kuntshaus’s revisionist handling of the art collection of industrialist Emil Bührle, a German emigre to Switzerland who is known to have sold weapons to the Nazis, to have acquired art works stolen from Jewish owners, and whose company profited from forced labour by Prisoners of a women's concentration camp in Nazi-Germany. 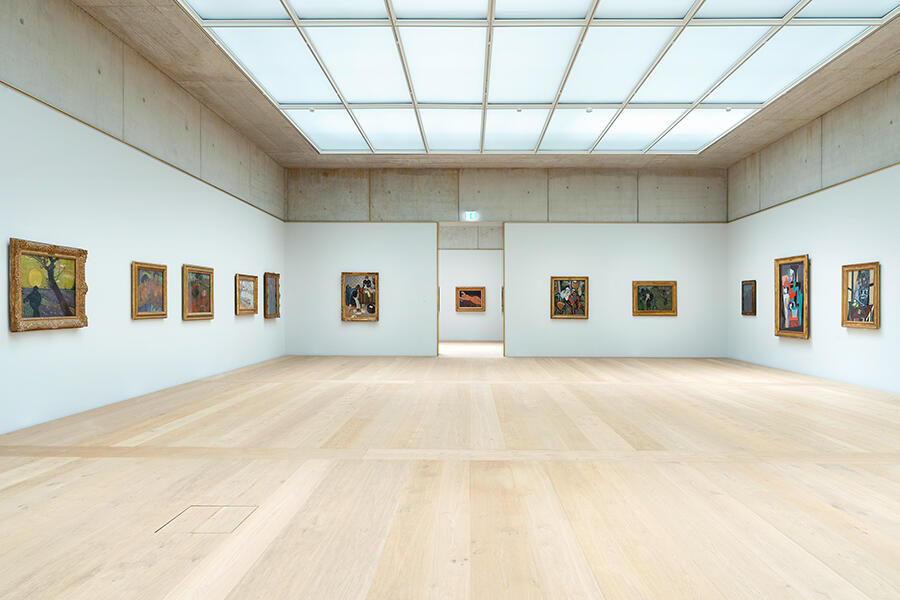 The controversy first arose in 2019, when the Kuntshaus and Zurich’s city government negotiated the long-term loan (for the next 20 years) of around 200 works from the Foundation E.G. Bührle Collection, including paintings by Paul Cézanne, Vincent van Gogh, Claude Monet, Pierre-Auguste Renoir and Pablo Picasso. Fuelled by the pragmatic logic of civic marketing, the hope was that these impressive loans would help catapult Zurich’s Kunsthaus into the top flight of international art museums. Having accepted Bührle’s works, the Kunsthaus downplayed his close links to the Nazis. Before the opening in October 2021 of the Kunsthaus’s £175million extension – a building designed by architect David Chipperfield that now houses the Bührle works – the museum's director, Christoph Becker, said in an interview with Swiss newspaper NZZ that a collection could ‘not be used as a vehicle to portray historical facts’. In a similar vein, Lukas Gloor, former director of the Bührle Foundation, noted in an interview with Blick in November 2021 that it was not acceptable for ‘the collection to be turned into a memorial to Nazi persecution’, adding ‘it doesn’t do justice to the pictures’. However, the harder those responsible try to play down the obvious reality that the work in Bührle’s collection is tainted, the clearer it becomes that this issue remains an enormous and very deliberate blind spot for Kunsthaus Zürich. 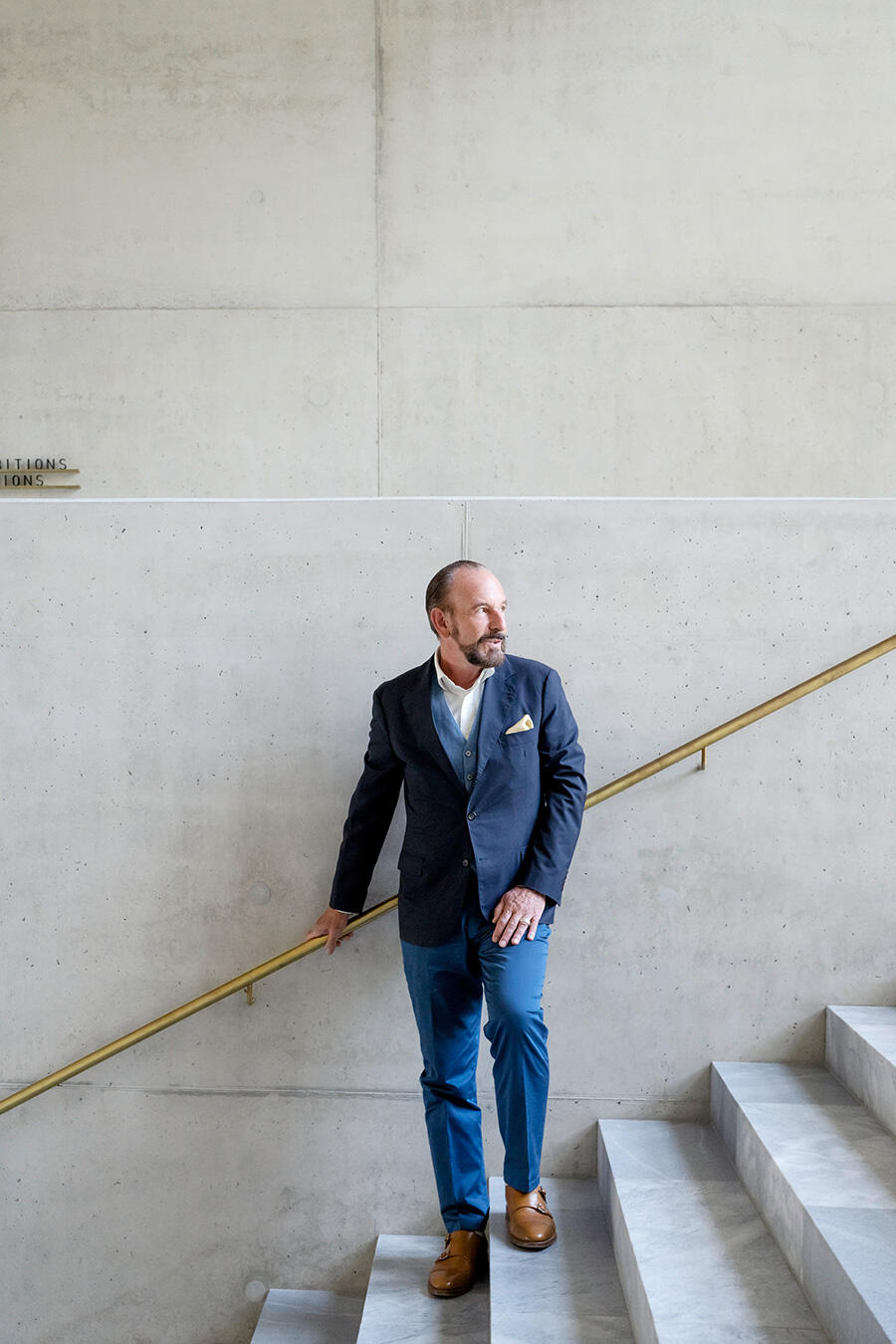 Before he moved to Switzerland in 1924, Bührle was a member of the right-wing paramilitary group Freikorps, and personally involved in the bloody suppression of the anti-monarchist November Revolution that was triggered by Germany's military defeat in World War I. It was Switzerland's official (and yet in reality ambiguous) neutrality that was the key to Bührle's business success during World War II – at times he was even the country’s richest man. In 1943, the BBC referred to Bührle’s manufacturing plant in Zürich as ‘Germany’s greatest bomb-free arms factory’. His fortune during the war was added to by profiteering from Nazi forced labour: Bührle received royalties from a German company for the production of weapons in a factory in Velten, north of Berlin – a place where women prisoners from the Ravensbrück concentration camp worked as slaves under SS guard.

Bührle began collecting art in 1936 and over the next two decades invested a total of 40 million Swiss francs, acquiring around 600 works. When aggressive, systematic plundering of Jewish-owned collections in occupied France began in the summer of 1940 and many of the stolen art works were flushed onto the European market, Bührle was among those to benefit. ‘Bührle made his first 16 purchases on the Paris art market during the occupation, when Jewish gallerists and collectors were having works confiscated’, confirms a 2020 report by Zürich University. ‘Of the 93 artworks he bought between 1941 and 1945, 13 were classified as looted art after the war.’ After a number of restitution proceedings Bührle was obliged to return all 13 of these stolen paintings to their rightful owners at the end of the 1940s, but he later bought nine of them back again, thus legalizing his dubious assets. 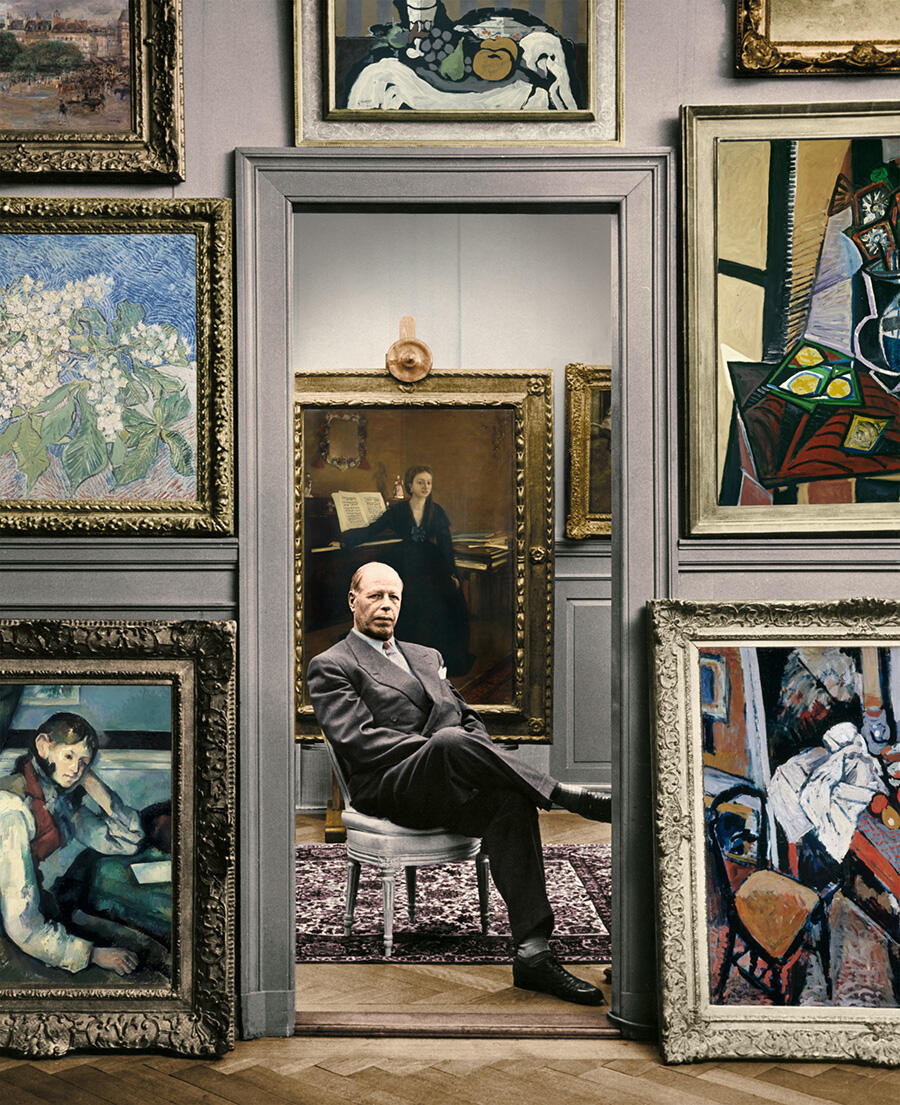 Dmitri Kessel, Emil Bührle in his collection at Zollikerstrasse, June, 1954

‘On the one hand, the origins of the money used to build the collection, and on the other the origins of a still unknown number of objects it contains. This constitutes an extraordinary circularity: money derived from military deals at odds with Switzerland’s neutral status, some of them illegal, being used to buy art objects that only came onto the market as a result of the Nazis’ anti-Semitic policies of expropriation and persecution.’

In the book, Keller describes how even today the Bührle Foundation maintains a systematic silence concerning the Jewish family background of the previous owners of works in their collection: ‘The Nazi policy of persecuting and robbing Jews is completely disregarded, with the aim of making all of the transactions involved appear unsuspicious.’ And indeed, the provenance of Bührle's works has still not been examined by independent experts. The history of these paintings, presented in the Kunsthaus’s sparkling new galleries, remains in the dark. Over many years, attempts to establish the provenance of works in the Bührle collection have encountered obstacles, as in 2001 when the foundation told a team of researchers that its own archive had been destroyed – ten years later, as if by magic, the documents reappeared (and then recently, moved to the Kunsthaus to join Bührle's art works).

The key demands of critics such as Swiss artist Gina Fischli, who launched the online appeal Against Looted Art in the Kunsthaus Zürich, are the independent clarification of provenance, full publication of the loan agreement between the Bührle Foundation and Kunsthaus Zürich and a programme of unflinching historical contextualization. In a recent interview with Swiss newspaper WOZ, Zürich city councillor Richard Wolff raised an idea that has been circulating for some time: that a real canon be installed at Kunsthaus Zürich next to works from the Bührle collection, to make its ties to the weapon industry ‘immediately visible’ for visitors. 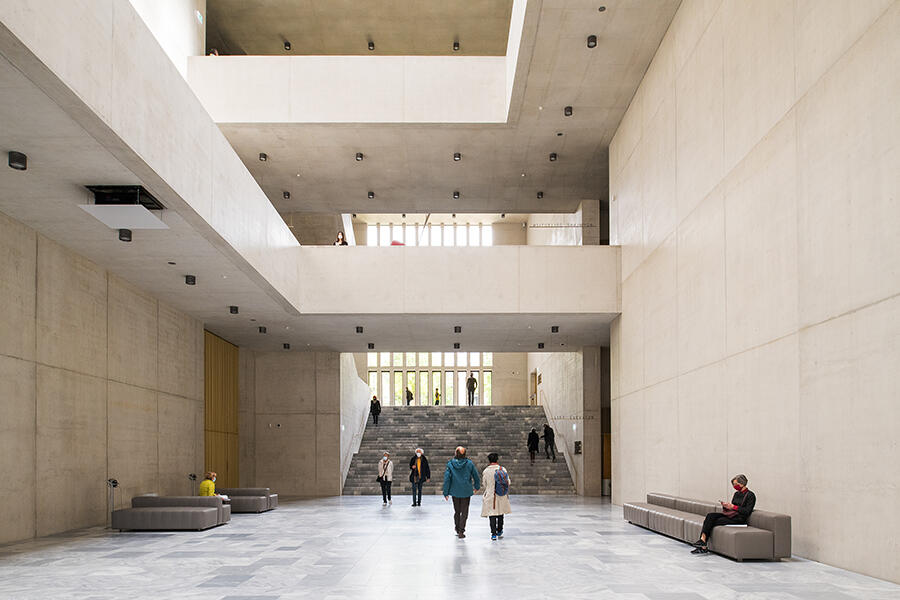 Signed in 2009 by 47 countries, including Switzerland, the Terezin Declaration states that:

‘Noting the importance of restituting communal and individual immovable property that belonged to the victims of the Holocaust (Shoah) and other victims of Nazi persecution, the participating states urge that every effort be made to rectify the consequences of wrongful property seizures, such as confiscations, forced sales and sales under duress of property, which were part of the persecution of these innocent people and groups, the vast majority of whom died heirless.’

It will be interesting to see how seriously the Kunsthaus Zürich takes these principles, moving forward. Other museums in Switzerland have already shown that they do take them seriously. For example, in December 2021, following several years of research work, Kunstmuseum Bern announced that it will return two 1922 watercolours by Otto Dix to the descendants of the Jewish collectors Dr Ismar Littmann and Dr Paul Schaefer, who rightfully owned the works. Kunsthaus Zürich should take responsibility in a similar way, and stop trying to sweep history under the carpet. If they do not, it’s possible there may soon be a lot of empty spaces on the walls of the museum, as more artists troubled by the ugly provenance of Bührle’s collection ask for their own works to be withdrawn from the Kunsthaus.