Victoria Reed, the Monica S. Sadler senior curator for provenance at the Museum of Fine Arts, has emerged as a leading voice in the often clamorous debate over looted artworks

To understand just how far the conversation about looted antiquities has come, one need look no further than a Byzantine bracelet the Museum of Fine Arts has listed on its website: Noting the object’s suspect ownership history, the museum is asking the public for information.

It’s a small gesture from a museum whose collection numbers around 500,000 artworks, but it’s also emblematic of the work of Victoria Reed, the MFA’s Monica S. Sadler senior curator for provenance, who has emerged in recent years as an influential voice in the often clamorous debate over looted artworks.

“This is the tricky thing,” she said, noting that new information indicates the seller provided a false ownership history. “You can have indications of fake provenance. You can have suggestions of recent archaeological looting. But what if you don’t know where [the object] should go?”

From her book-lined office below the museum, Reed is in charge not only of researching the ownership history, or provenance, of objects within the MFA’s collection. She also vets potential acquisitions — whether purchases or gifts — in an effort to ensure the museum does not inadvertently accept illegally obtained artworks.

But her most visible role is playing point on restitution claims — outside requests to return objects that may have entered the collection improperly, perhaps through wartime plunder, forced sales, colonial pillaging, or archaeological looting. 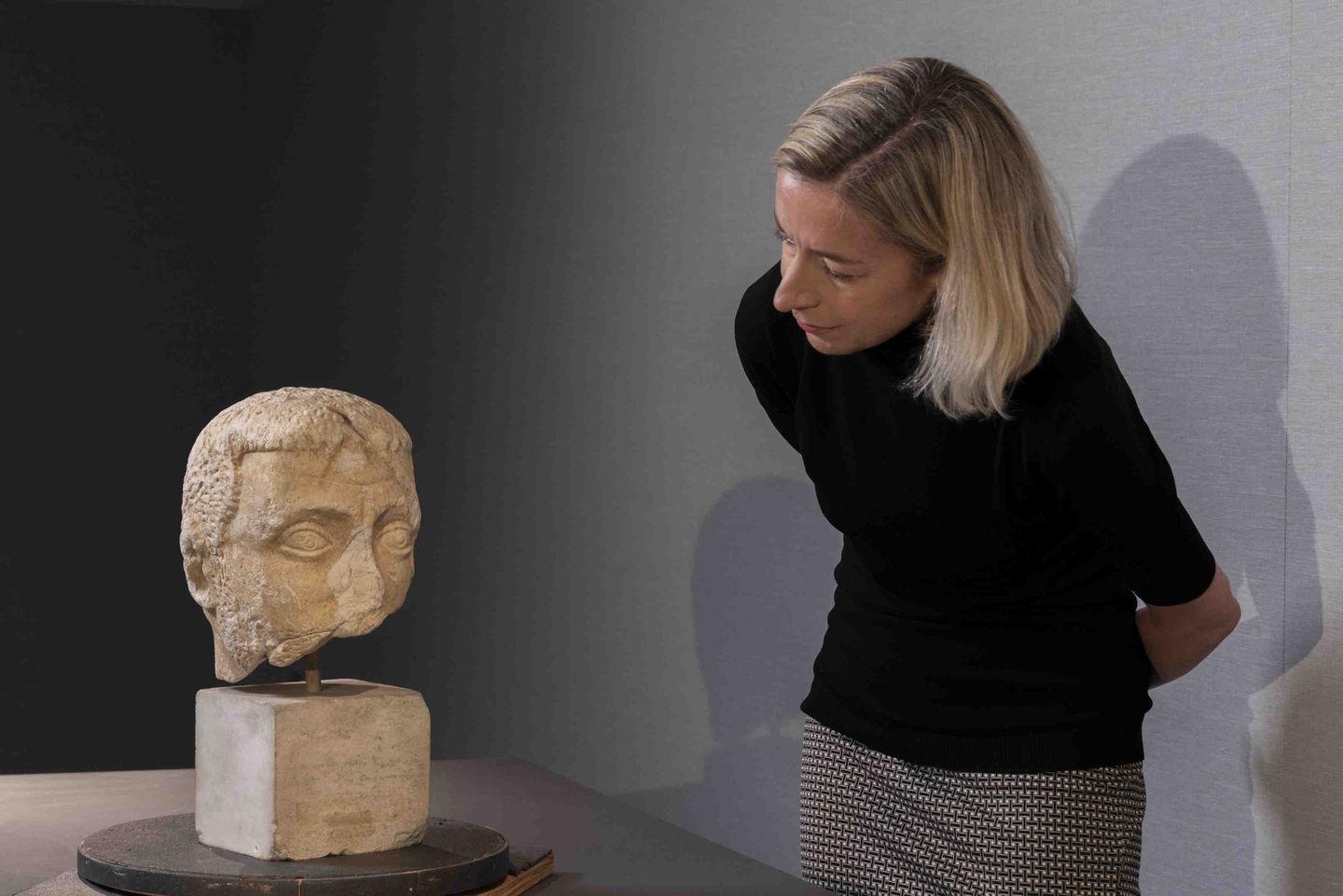 Victoria Reed examined a sculpture of a head the museum returned to Italy after determining it was looted. Pamela and Peter Voss Conservation Seminar Room

It’s an issue that has gained increasing urgency as museums everywhere reckon with artworks acquired in an age when curators rarely asked hard questions of an object’s history, swelling their collections with works that would not meet today’s more rigorous collecting guidelines.

In the past year alone, the Manhattan district attorney’s office has used numerous search warrants to seize dozens of artifacts from the Metropolitan Museum of Art, a former director of the Louvre Museum was charged in an alleged antiquities trafficking scheme, and earlier this week, the Smithsonian formally transferred ownership of numerous looted artifacts known as Benin Bronzes to Nigeria.

“The last few years have kind of blown it open,” said David Brenneman, director of the Sidney and Lois Eskenazi Museum of Art at Indiana University. Brenneman, who recently invited Reed to give a presentation to staff, added: “Museums are being forced to take a stand.”

The MFA is no exception, where under Reed’s guidance the museum has returned 13 objects over the past two years alone, including a looted sculpture of a man’s head to Italy, a 17th-century painting stolen during World War II, and a pair of ancient figures to the African Republic of Mali. That’s on top of the 11 other claims Reed has helped resolve — either through returns, financial arrangements, or the courts — since she arrived at the museum in 2003.

“Every single acquisition mistake this museum has made can be traced to the fact that either we didn’t ask any questions about provenance at the time or we had only the word of the dealer or the donor,” said Reed, 48. “We can no longer operate that way.” 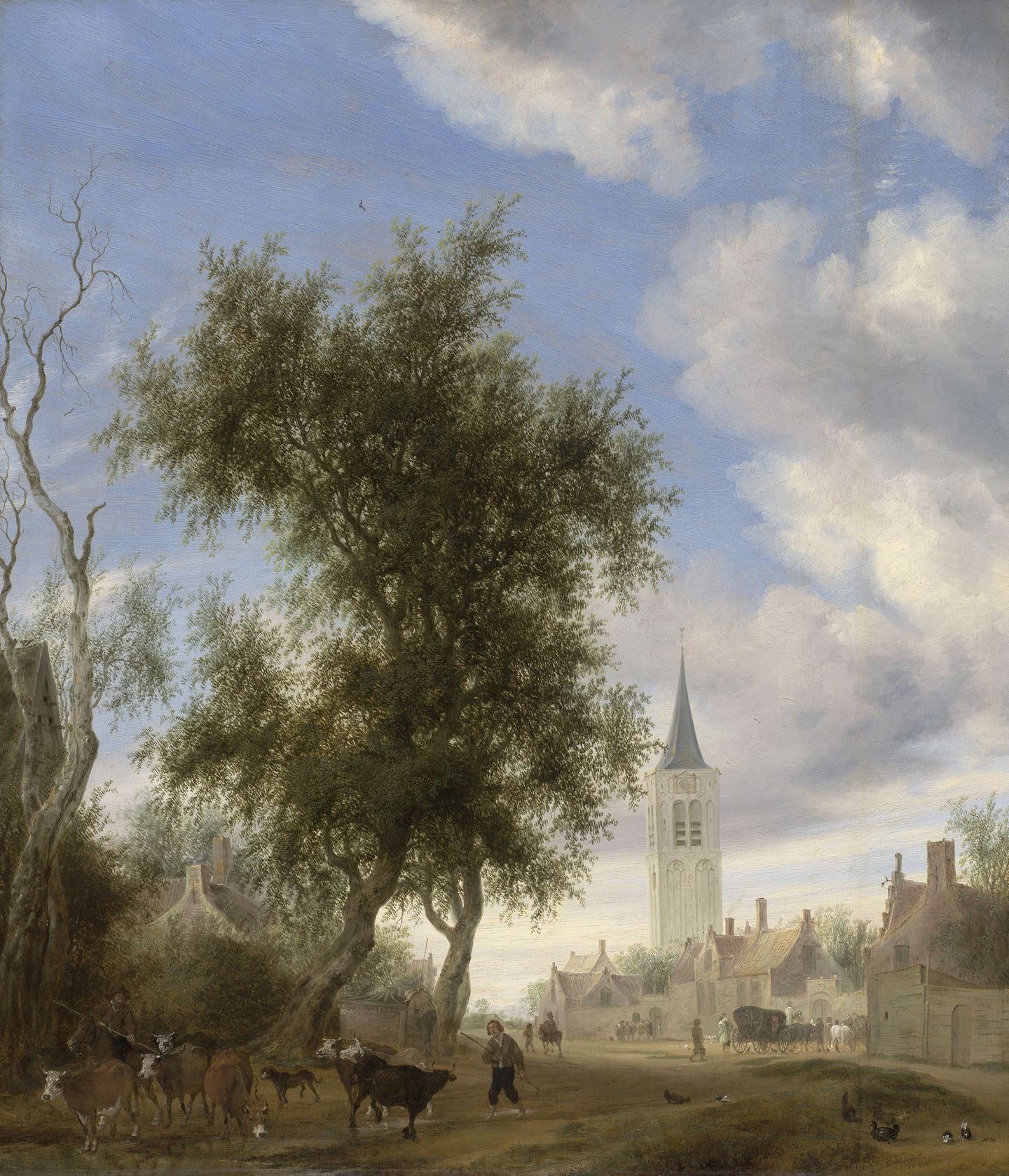 The MFA recently returned "View of Beverwijk" (1646), by Salomon van Ruysdael, which was stolen during World War II

Provenance research wasn’t an obvious career path for Reed, who studied art history at Sarah Lawrence College before earning a PhD at Rutgers University. But a research position at Princeton University Art Museum solidified her interest in the nascent field, which at the time focused largely on works lost before and during World War II.

“It was considered generally a finite task: You’re going to look at the collection, find Nazi works of art, and be done,” she recalled. “I remember being advised by someone that there was no future in provenance research.”

She arrived at the MFA as a research fellow for provenance within the Art of Europe department and was later promoted to assistant curator. But the real change came in 2010, when as a full curator Reed began working across departments at the museum — an enormous, globe-spanning purview that stretches from the Americas to Africa, Asia, and beyond.

She had trained investigating artworks stolen during the Nazi-era — objects that, with enough digging, might reveal a rich paper trail. But the global antiquities trade was another matter, as recently looted objects frequently arrive on the market with trumped-up pedigrees.

“I learned very quickly that there’s a lot of dishonesty,” said Reed. “For years, there was a lot of blind trust in those statements on the part of the art trade.”

“One thing that distinguishes Torie and the MFA Boston from other institutions is that she works across departments,” said Susan Taylor, director of the New Orleans Museum of Art. “She’s not limited to one department … she covers a broad swath, so she can create a conversation around the big picture as well.”

“A lot of what we’re doing is looking to the MFA, looking to Torie’s lead,” said Bartoli, who praised the museum’s “transparency” on matters of provenance. “She’s thorough, she’s comprehensive.”

Even so, at a museum with half a million objects in its possession, Reed must prioritize her research — generally items that are going on view, are in contention, or are being considered for acquisition.

Sometimes that means delivering disappointing news to a curator or potential donor about a work that will not be entering the collection — stories that rarely make it beyond the museum’s Huntington Avenue confines.

“We have certainly been offered things on the market that I said no to that have since shown up in some of these antiquities smuggling investigations,” she said. “There have been some bullets dodged.”

Other times, her research bolsters museum decisions to retain objects — a move that often courts criticism from claimants and activists.

In one long-standing dispute, the MFA has repeatedly denied descendant claims that a work in its collection — “Actaeon Watching Diana and Her Nymphs Bathing” (1612), by Joachim Anthoniesz Wtewael — was sold under duress in Nazi Germany by a Jewish art historian who lost his job and was evicted from his home. The decision puts the MFA at odds with more than a dozen European museums and collectors who’ve resolved claims with his descendants.

“These are the most complicated kinds of cases to try to research, because you’re trying to assess the amount of duress someone was under 80 years ago,” said Reed. “The research is pretty consistent: European museums have seen the set of facts and come to one conclusion; American museums have come to another.” 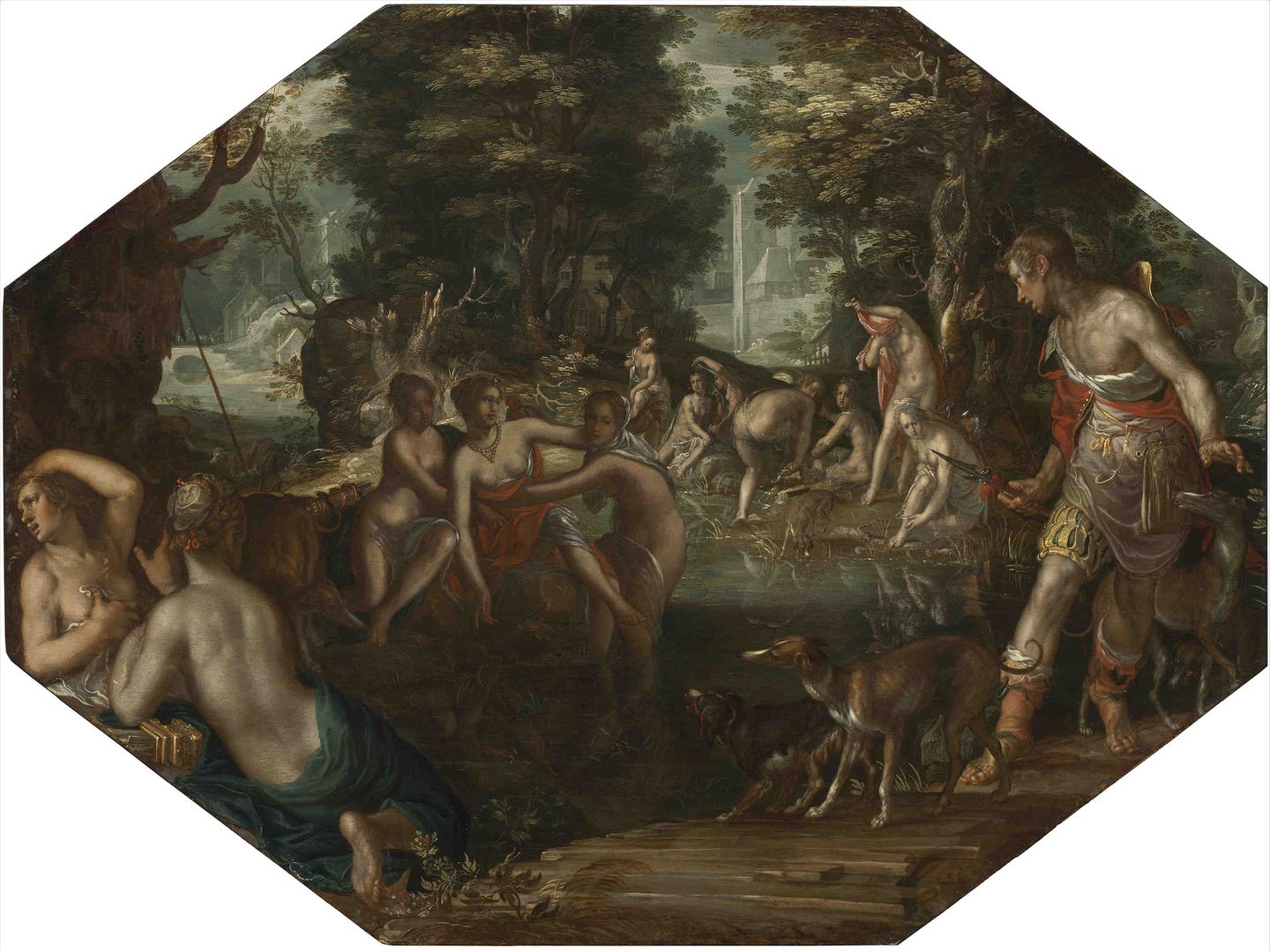 Joachim Anthoniesz Wtewael’s “Actaeon Watching Diana and Her Nymphs Bathing” (1612). The museum has held that a Jewish man's sale of the painting was not forced by Nazi persecution.

Similarly, Reed said claims about the museum’s so-called “November Collection,” an important trove of Mayan pottery many believe was looted and illegally exported from Guatemala, were “inconclusive.” The collection, which the Globe wrote about extensively in the late 1990s, was amassed by John B. Fulling who sold it to Landon T. Clay, the MFA benefactor who donated the works in 1988.

In other areas, the museum’s thinking has evolved dramatically.

The MFA rebuffed the Nigerian government’s demand in 2012 that it return to Nigeria a promised gift of Benin Bronzes, sacred objects plundered during a brutal English military expedition in 1897. The museum’s then-director, Malcolm Rogers, said it had “every right in the world to own these beautiful pieces and make them available for the world public,” adding: “It’s one of the most special things that museums do. We move objects into the public domain.”

“These are looted works of art,” said Reed, as she walked into at the museum’s dedicated Benin Kingdom Gallery.

Museumgoers filtered in and out of the room as she spoke. Some visitors stopped briefly to regard the cast metal works, murmuring as Reed described the MFA’s correspondence with Nigerians about the artifacts.

“We would like to restore the rightful ownership of them in some way,” she said. “They’re really not acceptable under our collections policy.”